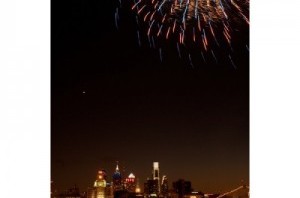 4th of July Celebrations– The Rittenhouse in Philadelphia

The Wawa Welcome America festival is a summer extravaganza that comes to Philadelphia each year for the Fourth of July holiday. This iconic Independence Day event celebrates our nation’s liberty in the city where all the action unfolded back in 1776. Plan your stay at the Rittenhouse, and take this opportunity to explore historic landmarks like the Liberty Bell. As you inspire that patriotic spirit, you’ll be ready for the several-day festivities that take place between June 27 and July 4.

Head to hotspots all around town for free museum admission, a parade, concerts, and fireworks shows. On the Fourth, the live music entertainment brings The Roots to the stage for the Philly 4th of July Jam. The free concert by this popular, Grammy award-winning band will be held at the Benjamin Franklin Parkway. After this blockbuster music event, turn your attention above the Art Museum for a mighty fireworks show in the dark sky. Known as the Party on the Parkway, the festivities will take place from noon to 7 p.m., including shopping, food, drinks, games, and a lively extreme pogo championship.

Leading up to the big day, look for the Liberty Block Party on Friday, July 3 in the Old City neighborhood. Featuring local flavors from restaurants and food trucks, you can explore this vibrant scene between 5th and 6th streets at Market and Chestnut from 1 to 8:30 p.m. From June 29 to July 2, take part in the Philly @ the Movies series, free screenings of Americana favorites like Rocky, Annie, and The Sixth Sense.

From performances by the incredible Philadelphia Orchestra to the Tall Ships Challenge on the Delaware waterfront, you can launch summertime with a memorable bang. Learn more at welcomeamerica.com and book your travel plans today at rittenhousehotel.com.