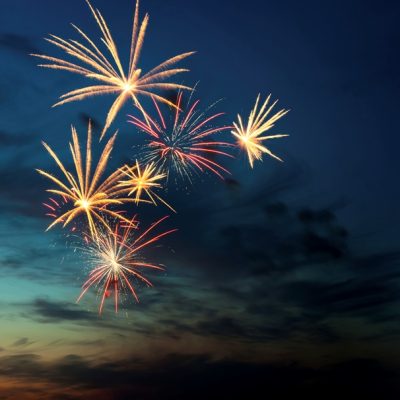 How to Celebrate the Fourth of July in Philadelphia

Nobody celebrates the 4th of July like Philadelphia, the birthplace of American democracy. From June 29 until July 4, get patriotic with Wawa Welcome America, a long weekend of free concerts, parades, activities, and, of course, the best fireworks shows in the country.

On June 29, Wawa will celebrate its 25th annual Hoagie Day. Grab a free sandwich, and don’t miss the police and firefighters compete in a hoagie building competition on the Independence Mall and National Constitution Center Lawn.

Take in the View from One Liberty Observation Deck

From 8am until 11am on July 1, head to the top of one of Philadelphia’s tallest buildings. The One Liberty Observation Deck will open two hours early, and the first 500 visitors will be admitted for free.

Snap a Photo on the Rocky Steps

The steps outside the Philadelphia Museum of Art became famous in the 1970s thanks to the hit film Rocky. On July 2, the museum will screen the movie, in addition to hosting a Rocky fitness challenge and Rocky Lookalike competition.

Enjoy Wawa Welcome America July 4th Concert and Fireworks on the Benjamin Franklin Parkway, or head to the Delaware River Waterfront for the Freedom Festival Fireworks.

Take advantage of the long holiday weekend with our Urban Retreat package. From now until September 4, reserve a room at The Rittenhouse and you’ll receive: