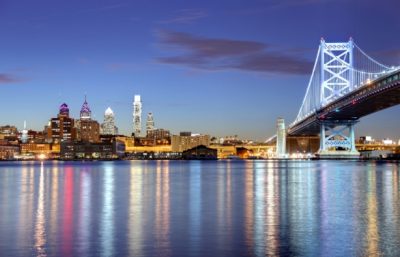 For the first time in over 50 years, the NFL Draft is making its return to Philadelphia, home of the very first draft in 1936. Stay in luxury at The Rittenhouse from April 27 – 29 and enjoy the highly anticipated 2017 NFL Draft, plus a slew of related football festivities.

Staged on the famed “Rocky” steps at the Philadelphia Museum of Art, this year’s draft will be a can’t-miss event in the City of Brotherly Love. The impressive, open-air theater and surrounding fanfare promise to be a spectacle worthy of this nationally-televised event. Visitors of all ages are expected to flock to the city to root for their home team and catch a glimpse of current (and future) NFL greats.

Spanning a half-mile along the Benjamin Franklin Parkway, the Philadelphia NFL Draft will be the largest free event hosted by the league. This means more attendees than ever before will be able to cheer on their team’s picks as they make their way to the stage. Plus, if you aren’t able to snag a coveted in-theater seat, you’ll still be able to witness the action from a distance. In addition to watching Rounds 1, 2 and 3 of the draft, fans of all ages can also check out numerous interactive exhibits, virtual reality experiences, autograph sessions, and more during this three-day extravaganza.

The Rittenhouse is located less than two miles from the draft and is an excellent home base during any visit to Philadelphia. Relax in our well-appointed, newly renovated accommodations and enjoy access to a number of premier amenities and services, including a health club, indoor pool, and luxury Jaguar driver service. After a day packed with activities, football fans can also indulge with on-site dining or refreshing treatments at our world-class spa.

Plan your visit to Philadelphia to see this year’s NFL draft by booking your stay at The Rittenhouse for the ultimate getaway for sports fans everywhere.

The Rittenhouse Hotel is not affiliated with or sponsored by the NFL, we are located in Philadelphia near where the draft will be occurring and invite you to join us when you visit.