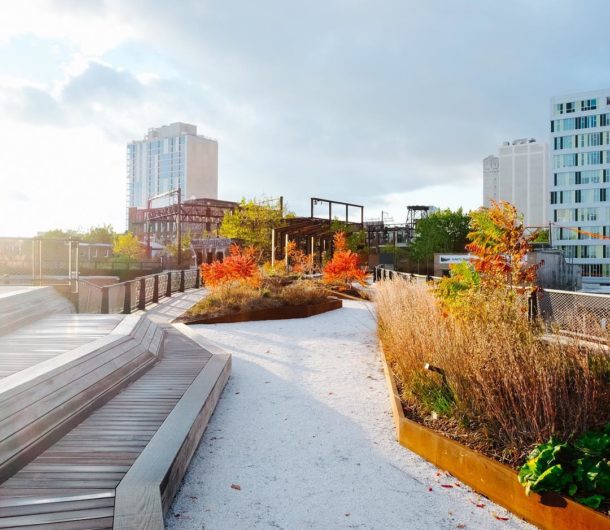 A true mix of urban style and natural beauty, Philadelphia is home to a wide variety of outdoor parks for both residents and visitors to enjoy. The newest addition to the Philadelphia parks network is The Rail Park, found just a few minutes’ drive from our Rittenhouse Square hotel. In the same vein as New York City’s famous High Line Park, Rail Park combines a cool rustic and industrial vibe with lush outdoor greenery.

Before Rail Park was developed into what it is today, it lived as two train lines servicing the Reading Terminal, transporting travelers in and out of Center City. The elevated train line was chiefly used during the late 19th into early 20th centuries. When the mass production of cars began in the early to mid-1900s, traffic through the train lines began to decline until they eventually became obsolete. 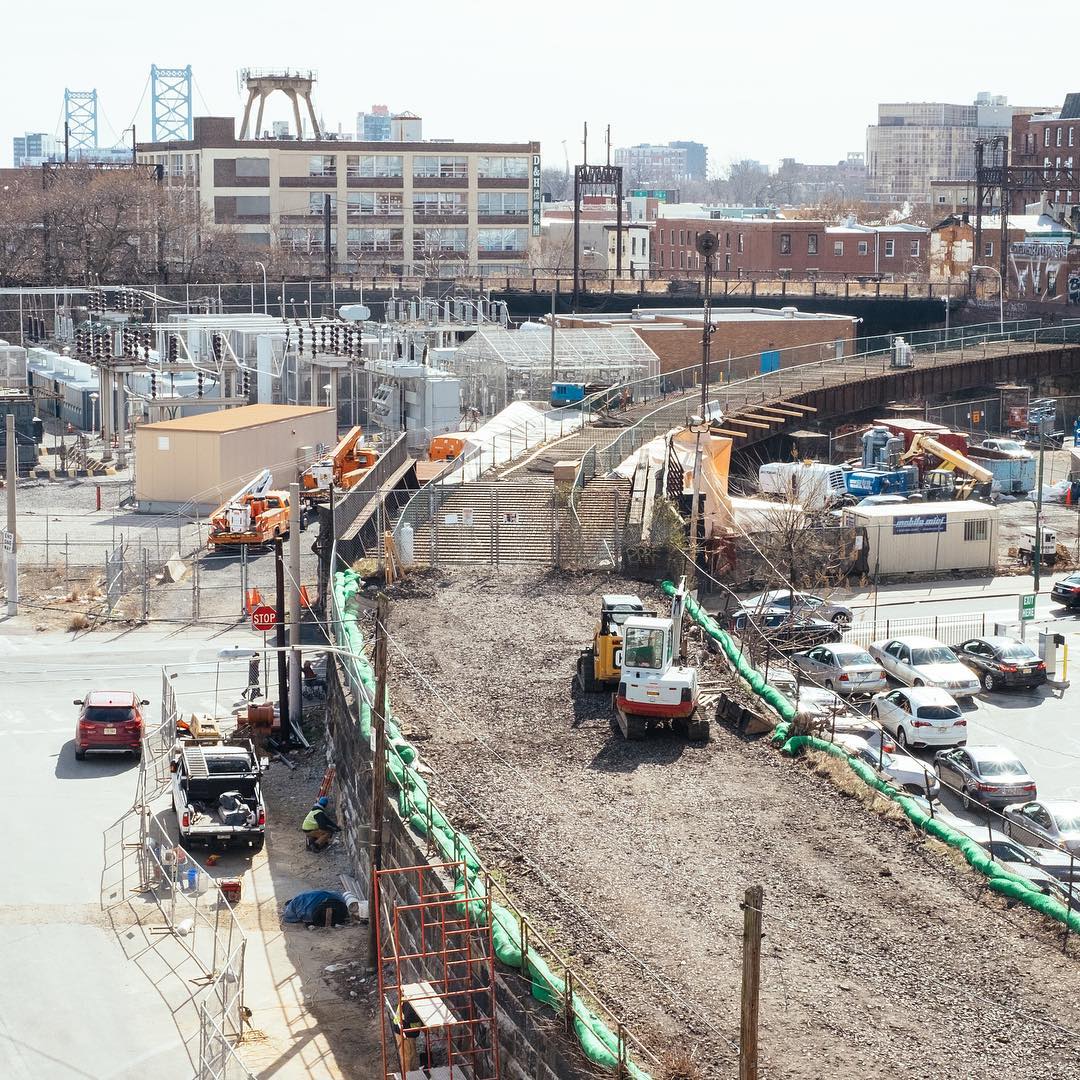 In the early 2010s, the group now known as The Friends of The Rail Park came together to conceive of a new use for the abandoned train lines. Working for years to bring this vision to life, the first phase of Rail Park is finally open to the public. Phase One consists of a free and open public space spanning a fourth of a mile with two main entrances. The entrances are found on Noble Street near 13th Street and the other on Callowhill between 11th and 12th Streets. The design for the park was created by Studio Bryan Hanes and Urban Engineers and makes use of much of the existing infrastructure, while adding in plenty of greenery and public amenities, including benches and guardrails.

Phase One also included the beginning construction of three main areas. The first was the Viaduct, an elevated portion of the unused rail line that offers visitors incredible skyline views. The second was the Cut, an open air stretch of land running below the street level and connecting the Viaduct to the Tunnel. The final area was the Tunnel. The Tunnel is an expansive space extending 3,000 feet underneath Pennsylvania Ave. Open air shafts in the soaring 25-foot ceiling provide necessary lighting to the area. 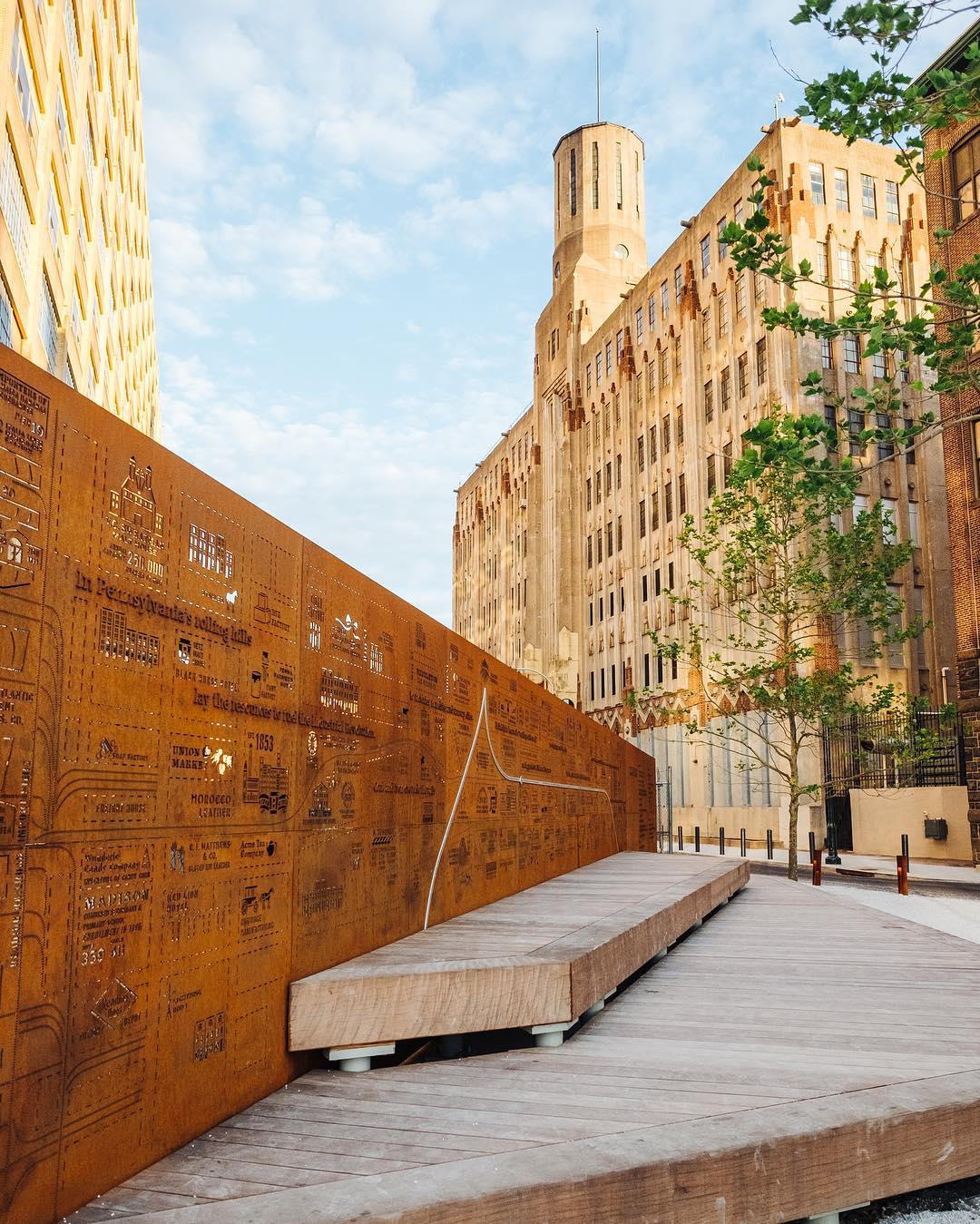 While there is still much to be done before the park is completed, visitors can currently visit Rail Park daily from 7am to 10pm. Once finished, the park will offer three miles of public greenway that is twice the length and width of New York City’s High Line. Plan your next stay at The Rittenhouse and make sure to pay a visit to this developing attraction to experience an up-and-coming Philadelphia park.