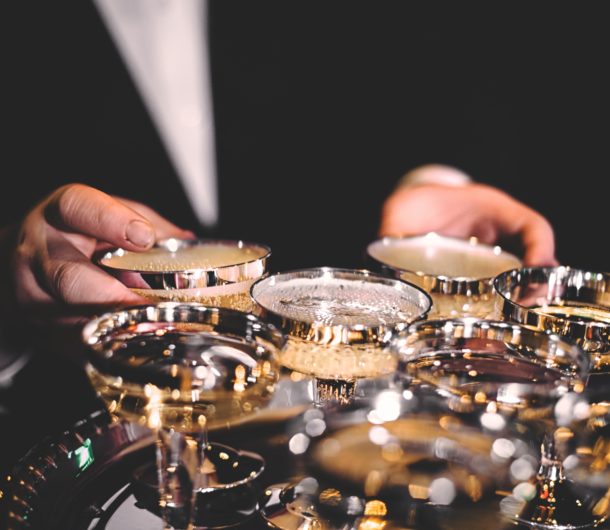 Five Reasons to Ring in the New Year in Philadelphia

Philadelphia has spent so many years in the shadow of New York’s ball drop and Macy’s fireworks, few people realize just how many amazing ways there are to celebrate the new year in Philadelphia. Don’t believe us? Check out the only-in-Philly NYE and NYD experiences below.

Philadelphians are all about the galas and formals come New Year’s Eve, and if you wander around the city center, you’ll catch many locals donning their most elegant, over-the-top attire. Of course, you can opt to attend many of these events yourself, at venues like Pyramid Club and the One Liberty Observation Deck.

It’s actually colder at the top of our building than at the bottom. And 100% more awesome. #PhillyFromTheTop #TheRealPhilly

For those who prefer a more creative and eclectic take on New Year’s, the city is also known for New Year’s Funkin’ Eve. Hosted by FringeArts, the group behind the Fringe Festival, this dance party brings  beer-garden-style fire pits and a talented lineup of DJs and funk musicians.

Sure, many cities have fireworks over the waterfront, but there’s only one city that sits on the dazzling Delaware River Waterfront — complete with a Ferris wheel, a seasonal ice-skating rink, and the year-round shops of the Cherry Street Pier. The fireworks show is considered one of the best in the country, as it typically includes two separate rounds of pyrotechnics and is set to a catchy top-40 soundtrack.

White Dog Cafe’s Pajama Brunch has to be one of the best ways to kick off the New Year, not just in Philly, but arguably all of America. As the name suggests, this event is an opportunity for patrons to sample delicious brunch staples, like omelettes, stuffed French toast, and avocado BLTs, while donning their jammies on New Year’s Day.

The Mummers Parade, held on New Year’s Day, is the most famous Philly parade, and America’s oldest folk festival. Thousands of locals dance through the streets of the Pennsport neighborhood in their most elaborate clown, “wench,” or “fancies” costumes, before competing before judges.

If you’re planning on ringing in the new year in Philadelphia, check out the accommodations at The Rittenhouse and start planning your stay.

Posted on November 10, 2019 by Rittenhouse Hotel