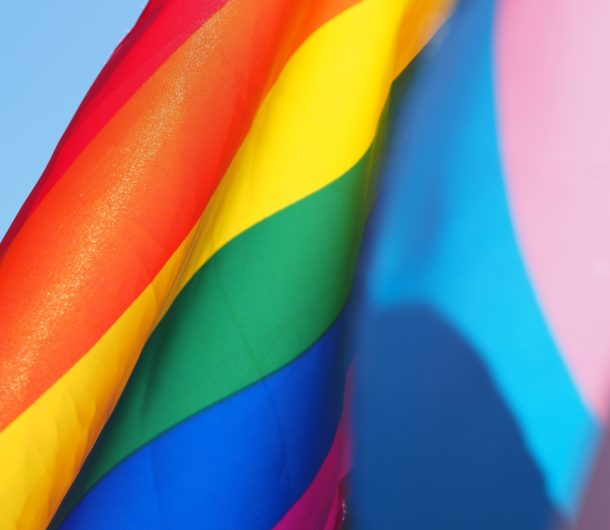 Philly has prided itself on tolerance and diversity ever since William Penn honored “brotherly love” in its name — and it has recently become a leader in the LGBT-rights movement. Not only was the city home to one of the first gay-friendly publications, but its 1960s protests are considered a predecessor to NYC’s Stonewall riots. Here’s a guide to five ways you can celebrate LGBT Month in the City of Brotherly Love.

Center City’s Washington Square West enclave has long been known as “the Gayborhood,” due to its many gay-friendly restaurants, shops, and bars, and it was officially recognized in 2007 with 36 rainbow icons on local signs. It’s here that you can view the famed rainbow crosswalk at 13th and Locust, an LGBT bookstore known as America’s oldest, and a street named for activist Barbara Gittings. It’s also here that you can support Philly AIDS Thrift, America’s oldest LGBT and feminist bookstore.

The city plays host to numerous LGBT events each year, and several of these take place in the fall. At National Coming Out Day (October 11), the world’s largest coming-out festival, you can shop at 12 blocks of booths managed by LGBT nonprofits, watch hula-hoop performances, and dance to DJ sets. (This is not to mention the numerous drag shows, cabarets, and other events that take place throughout the year.)

Philly is filled with so many murals that Center City is known as “the world’s largest public-art gallery” (check out our Art Lover’s Guide to Fall 2019 in Philadelphia). Much of this is down to the Mural Arts Philadelphia, which engages communities with 60-100 art projects each year. Many of the city’s murals depict local activists, including a portrait of Gloria Casarez on the façade of the 12th Street Gym, and “Pride and Progress” on the west wall of the William Way LGBT Community Center. “We the Youth,” located near South Philly’s Point Breeze neighborhood, is one of the only Keith Haring murals that remains in its original location.

Various historic markers also pay tribute to LGBT-rights history: among them, tributes to the protestors of the 1960s gay-rights demonstrations; Edie Windsor, the plaintiff in United States v. Windsor; and John E. Fryer, whose work led the APA to remove homosexuality from its manual of mental illnesses.

“Philadelphia’s Greenwich Village” has played an important role in LGBT history in several ways. The Camac Baths, on the Southeast corner of Chancellor and Camac Streets, were known in the 1930s and later years as a safe space for gay patrons and recently landed on the Philadelphia Register of Historic Places. Camac Street also houses the Tavern on Camac, a restaurant and piano bar that is known as the oldest continuously running Philly gay bar.

Did you know that some of the Philly area’s most important historic sites have important ties to the LGBT-rights movement? The Quakers’ Arch Street Meeting House served as a meeting place for LGBT activists, and LGBT demonstrations took place at Independence Hall. City Hall is where one of America’s first gay-rights ordinances was passed, and since 2014, it has provided marriage licenses to many gay couples. Finally, the bustling Old City, with its galleries and bars, also happens to house what was the city’s first LGBT coffeehouse, rented by Quaker landlords to gay-rights activists.

If you plan to visit during LGBT Month, take a look at the latest exclusive specials and packages at The Rittenhouse.

Posted on October 25, 2019 by Rittenhouse Hotel