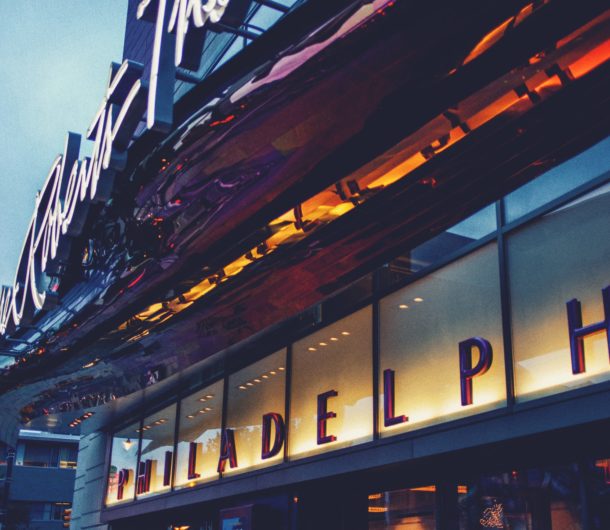 What’s on at Philadelphia Theaters: Fall/Winter 2019

With its world-class museums, historical landmarks, and newly opened Design District, Philadelphia is a city that is rich in culture — and its theater scene is one of its most renowned cultural offerings. Each season in the City of Brotherly Love brings a batch of plays, musicals, and theatrical festivals that draw critics from as far away as Seattle and L.A. Here’s our run-down of the best of the fall/winter 2019 theater season.

A number of this year’s new productions explore pressing social and political issues. Among these are Power Street Theatre’s MinorityLand, at West Kensington Ministry and Theatre Horizon, which asks questions about diversity and gentrification, and the annual political satire This Is the Week That Is.

Nominated for eight Tony Awards and winner of Best Direction for a Musical, Come From Away has generated plenty of rave reviews. Having opened on Broadway in September, 2017, the musical is in the middle of its international tour and shouldn’t be missed if you’re in Philadelphia.

A new block of #ComeFromAway tickets is now available through June 28, 2020! We can't wait to welcome you to The Rock! Get tickets today, link in bio! 💙💛

You probably don’t need us to tell you about Hamilton, the musical about Alexander Hamilton whose New York debut broke every musical-theater record. The brand-new Philly production of the show promises the same hip-hop-infused music that made the Broadway show such a hit, performed by a brand-new cast.

Based on the movie of the same name, written by SNL alum Tina Fey, Mean Girls premiered on Broadway in April 2018 and is now touring North America. Come see what earned this production 12 Tony nominations.

Having #FOMO ‘cause you missed the #October3rd livestream? We got your back, sis. You can watch it now until 10 PM EST at the MEAN GIRLS on Broadway @Facebook page. @busyphilipps #MeanGirlsDay #October3rd #MeanGirlsBway

Abolitionist Frederick Douglass and suffragist Susan B. Anthony maintained an important friendship that has inspired many authors and historians. The new show The Agitators profiles this and the groundbreaking views held by the respective civil-rights leaders.

It wouldn’t be a proper Philly theater season without visits from Broadway shows currently embarking on national tours. Aside from the ones mentioned above, don’t miss Rent (Merriam Theater) and Dear Evan Hansen (Forrest Theatre).

If you need a place to stay while you’re in town, check out the exclusive offers and high-end accommodations at The Rittenhouse.

Posted on October 20, 2019 by Rittenhouse Hotel