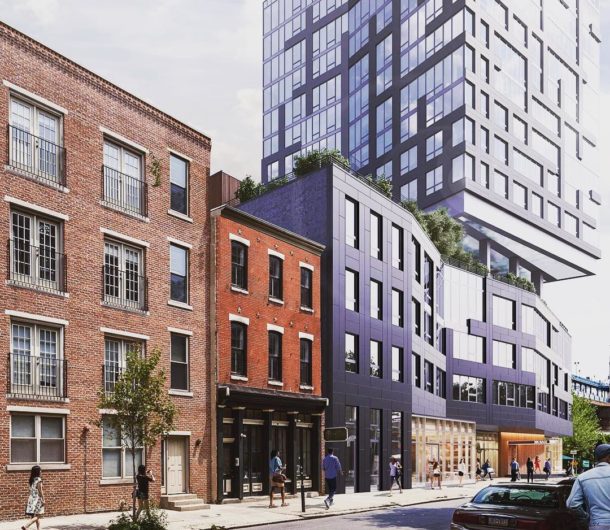 Philadelphians love great design as much as they love great art, and the Philly community is currently welcoming a new generation of creatives and designers, along with celebrating those who have already left their mark. We’ve narrowed down five ways in which this city is at the cutting edge of American art and design:

It has a dedicated design district

Few American cities outside of New York and Miami boast a dedicated design neighborhood, but the same spirit of entrepreneurship, innovation, and ingenuity that inspired the Constitutional Convention and America’s first World’s Fair has led the city to establish one. Thanks to its array of galleries, architectural studios, and showrooms, the area from Second and Third Street to Market and Race has now been renamed the Philadelphia Design District.

A post shared by Philadelphia Design District (@phila_design_district) on Sep 7, 2019 at 3:09pm PDT

The Philadelphia Design Center is not your average co-working space, what with its digital lab and professional-grade textile studio (complete with sewing machines, dress forms, and even fabric-dying equipment). In fact, the PDC’s unique efforts to accommodate graphic designers, photographers, landscape architects, textile artists, digital artists, and other creative professionals even received funding from the National Endowment for the Arts.

DesignPhiladelphia is known as the largest and oldest American event of its kind, and the 10-day event is getting bigger every year. The 2019 edition brings a selection of seminars, exhibitions, and receptions that is quite inspiring in and of itself, and overlaps with the first few days of the annual POST (Philadelphia Open Studio Tours) program, which invites locals to attend artist talks, hands-on demonstrations, and studio visits.

Looking at the changes in the city’s skyline from 2017 to 2018, and then from 2018 to 2019, you could see that Philly itself is literally in a constant state of growth and flux. Some of its changes are temporary — the annual Oval+ installation on the parkway, for instance — while some are permanently changing the appearance of the city, such as major redevelopment along the waterfront and a new batch of tributes to the city’s modernist history.

If you’re planning a design tour of Philadelphia, why not stay in a setting as design-focused as the city’s latest additions? Take a peek at The Rittenhouse’s exquisite rooms and suites and see if you aren’t inspired.

Posted on October 15, 2019 by Rittenhouse Hotel